Royal Albert Dock is being brought back to life in a massive project covering the equivalent of 35 football pitches. Located in London’s E16 district, directly opposite London City Airport, the development will comprise of a new business district along with shops, cafes, and apartments as well as opening up the dockside promenade. This will open up an area where people can participate in local opportunities for work and leisure.

Multiplex have been contracted to deliver phase one of this six phase development. Phase 1 entails the construction of multiple plots including all associated public realm areas, roads and infrastructure, along with the refurbishment of two listed buildings. Phase 1 works will also include the construction of a temporary energy centre and temporary works on Bidder Square.

Multiplex have contracted the Zutec platform for several of their processes on this project.  The Site Diary tool was used by all onsite staff to record the daily site activities and observations such subcontractor labour count, environmental observations, delays, progress etc.

The Snagging & Defects Management tool was used as the main Quality Assurance collaboration platform for the project. Multiplex used this to capture all tasks such as snags, defects, observations, incomplete works, outstanding works and clean up notices and raise them against the responsible subcontractors. The Client Representatives, Multiplex and all subcontractors use this tool to collaborate and resolve all issues captured onsite. The Snagging & Defects Management tool also provided detailed insights and analytics through the embedded and interactive dashboarding on the Zutec Platform.  Fire Penetration Tracking tool was also utilised on this project which allowed Multiplex to confidently capture, manage and report on all fire penetrations across the project.

It is said that this area is predicted to become London’s third business district and will function as a gateway into the UK and European markets for Chinese and Asian Businesses. 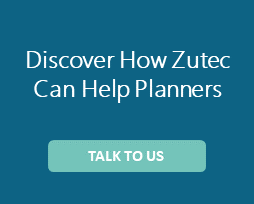