As we are in the final year and closing of the decade, we can look back on how the construction industry progressed through recent years; actively participating in building the future of the modern world.

There were challenges that the construction industry faced and will continue to face including adopting to the always changing economic and social climate, finding and retaining talent, increasing material prices, trying to keep up with the rapid pace of technology and many more elements. New technologies and construction trends such as drone mapping and BIM software are creating new solutions for previous inefficiencies and increasing safety on the construction site.

Digital is transforming the industry and many countries are already embracing it. Others are also following and are  ready to invest and they understand that this is the way forward. Therefore, we should be optimistic and continue to build the projects of tomorrow while entering a new decade.

We’ve gathered 44 interesting worldwide construction statistics you need to know in 2020 including insights about the trends, development, safety, software, gender and more. Keep reading to get an overview of the direction the construction industry is heading.

1.  European construction growth forecasted at 2.3% in 2019 will stabilise at around 1% in 2020-2022 - world trade is reducing industrial production and the propensity to investment in Europe. [EUROCONSTRUCT]

4.  European renovation construction will rise, meanwhile the new construction sector will begin to weaken in 2020. [EUROCONSTRUCT]

5.  Main construction sector in Europe will face a decline in average annual growth in 2020-2022, while civil engineering is expected to grow by 2.2%, non-residential by 1.0% and residential construction by only 0.5%. [EUROCONSTRUCT]

6.  China is the country with the most of skyscrapers, followed by United States and United Arab Emirates. [The Skyscraper Center]

8.  China, United States, India, Indonesia and Japan are predicted to be investing the most in construction by 2030. [PBCtoday]

12.  The markets with the lowest construction wages are Bangalore, Ho Chi Minh City and Kigali, where wages were all below $3 an hour. The cheapest is Bangalore where average hourly wages are at $1.1. [Turner & Townsend]

16.  98% of mega construction projects experience cost overruns with an average cost increase of 80% of original value and scheduling delays with average 20 months per project. [McKinsey & Company]

17.  Construction building permits in Europe is now at the level to which it had dropped during the financial and economic crisis. [Eurostat]

18.  The top 3 issues identified as holding back construction activities in Ireland are: shortage of skilled workers, tender price inflation and planning and regulation. [PwC]

20.  Analytics and data are one of the major trends in the construction industry as they enable companies to be more productive and efficient and reach business goals. [Deloitte]

21.  82% of companies plan to spend the same or more on technology. [Project Management]

24.  Ease of use is primary consideration of purchasing construction software, even more important than functionality, cost or the ability to integrate with existing software. [Project Management]

25.  82% of contractors agree that BIM is the future of design process and project information. [NBS]

26.  70% of contractors think that BIM is still not sufficiently standardised across the industry. [NBS]

27.  Only 24% of construction workers are “very comfortable” with new technology. [JBKnowledge]

28.  57% of construction firms are considering employee tracking on the job-site. [JBKnowledge]

29.  The UK has the lowest percentage of female engineering professionals in Europe, at less than 10%, while Latvia, Bulgaria and Cyprus lead with nearly 30%. [Women's Engineering Society]

30.  Only 9% of senior executive jobs in construction sector in Ireland belong to women. [Central Statistics Office]

31.  The median salary in annual gross pay for full time employees across all professional engineering occupations in the UK was 18.7% higher for men. [EngineeringUK]

32.  The construction industry has what is considered an ageing workforce: the number of employees above 60 is increasing more than any other age group, while the number of workers under age 25 is decreasing. [CIOB]

33.  Construction, manufacturing and transport and storage industries are leading in fatal accidents at work in Europe. [Eurostat]

34.  75% of all non-fatal work injuries in the EU were in the construction sector. [Eurostat]

36.  Nearly half of all deaths on construction sites occur in companies with 10 or fewer employees or among those who are self-employed [CDC]

37.  During a 45-year career, a construction worker

has a 75% likelihood of suffering a disabling injury and 1 in 200 chance to die from a work-related incident. [Safety+Health]

38.  The “Fatal Four” leading causes of private sector working fatalities in the construction industry are falls, being struck by an object, electrocution and being caught in something or between two objects. These accidents are responsible for 59.9% of construction worker deaths. [OSHA]

39.  40% drop in the number of site accidents in the Irish construction industry in 2019. These statistics are declining year on year, thanks to the trend that has been lead by construction companies adopting behavioural, technological and psychological best-practice to embed safety on thousands of sites around the country. [HSE] [CIF]

41.  Australia currently has one of the most active green building markets, followed by China (Hong Kong), Ireland, Canada, Singapore and UAE. [World GBC]

42.  It’s expected that by 2021 the following countries will do more than 60% green projects: UEA, Australia, Norway, India, Ireland and Mexico. [World GBC] 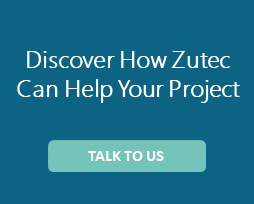 While attending a Demonstration at Zutec’s Head Office based in Dublin, I was privileged to see the cutting-edge technology applied to the built...
END_OF_DOCUMENT_TOKEN_TO_BE_REPLACED

15 Killer Zutec Features That Will Help You To Stay Competitive

Digital technology is revolutionising many industries and construction is no different. Several industries have already been transformed, but for...
END_OF_DOCUMENT_TOKEN_TO_BE_REPLACED
view all posts